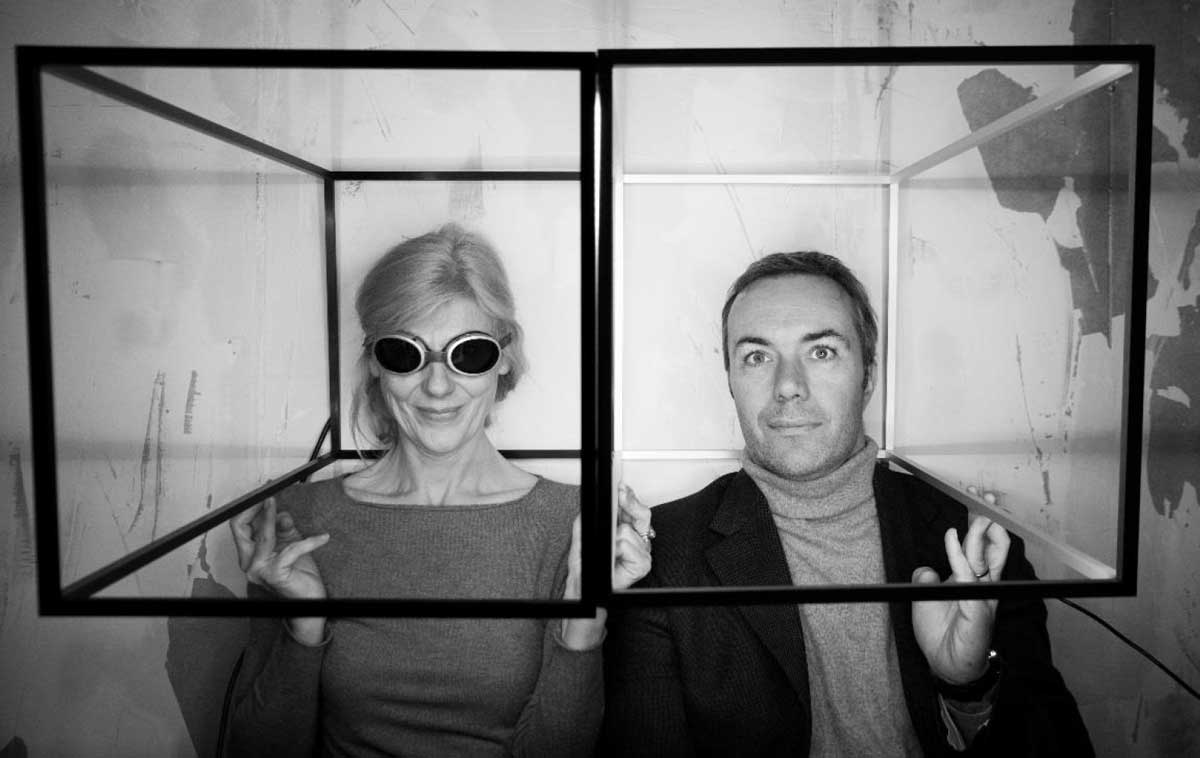 Rossi Bianchi lighting design was founded in Milan, Italy, at the beginning of 2006.

The studio has focused its activities exclusively around the design of light.

Nicoletta Rossi and Guido Bianchi, both architects, with over 15 year experience in working with lighting manufacturers and design agencies decided to start their own practice to develop the ultimate in innovation and research criteria in the field of lighting.

Unlike the traditional approach of a “correct” lighting design based on efficiency and visual comfort, the intent is to investigate all the dimensions involved in a lighting experience in order to achieve an evocative and emotional response trough light.

A team of young architects and designers is the key part of the agency.

Scholarship in Toronto and Erasmus in Strasbourg.
Guido worked as an architect in Sao Paulo, Brazil, with M. Muñoz Arquitectura and in London, UK, with the Popular Architecture Office. He started working as lighting designer in 1999 at Targetti Sankey Spa in Florence, where he followed product design and supervised prestigious architectural installation.
In the year 2000 Guido worked in Rome as independent lighting consultant for temporary exhibition and scenography. From 2001 to 2005 he worked with arch. Piero Castiglioni in Milan on many projects and lighting fixture development. From 2004 to 2006 he became a member of Lighting Design Partnership International where he followed various lighting projects in China and the Middle East.

In the beginning of 2006 he co-founded Rossi Bianchi lighting design with Nicoletta Rossi.

Until now his activity has been fully dedicated to the practice.

Born in Milan in 1961. Degree in Architecture at the Politecnico of Milan in 1988.

From 1989 to 2005 Nicoletta worked on many project in Italy and abroad with arch. Piero Castiglioni. Since 1999 she has been a Teaching Professor as several prestigious institutions and Masters degree programs at the Politecnico of Milan, Accademia delle Belle Arti di Brera, Milan, Istituto Superiore di Architettura e Design, Milan, and the University of Rome. In 2003 she joined the scientific staff for the lighting magazine “Luce&Design” and co-authored of the “Lighting Manual” published by Tecniche Nuove. In the beginning of 2006 she co-founded Rossi Bianchi lighting design with Guido Bianchi.
She continues to follow both her academic pursuits as well as the practice.

We use cookies to ensure that we give you the best experience on our website. If you continue to use this site we will assume that you are happy with it.OkRead more